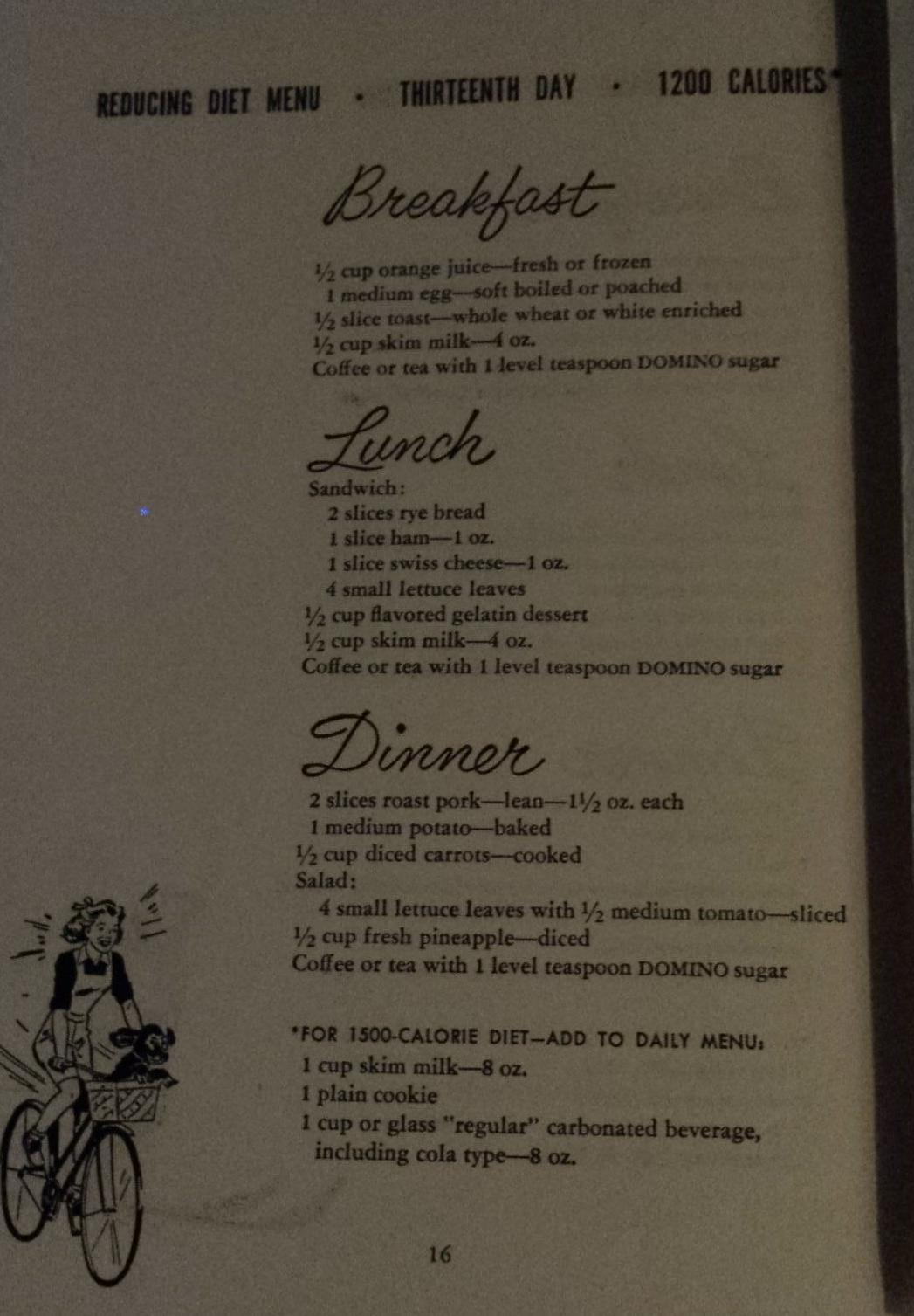 I can't tell if this bicycle babe is having fun or freaking out with her lamb-puppy.

This week was pretty simple with no extra prep needed because we continued pork chop dinners, so the chops were already portioned in baggies in the freezer from the loin I butchered last week. 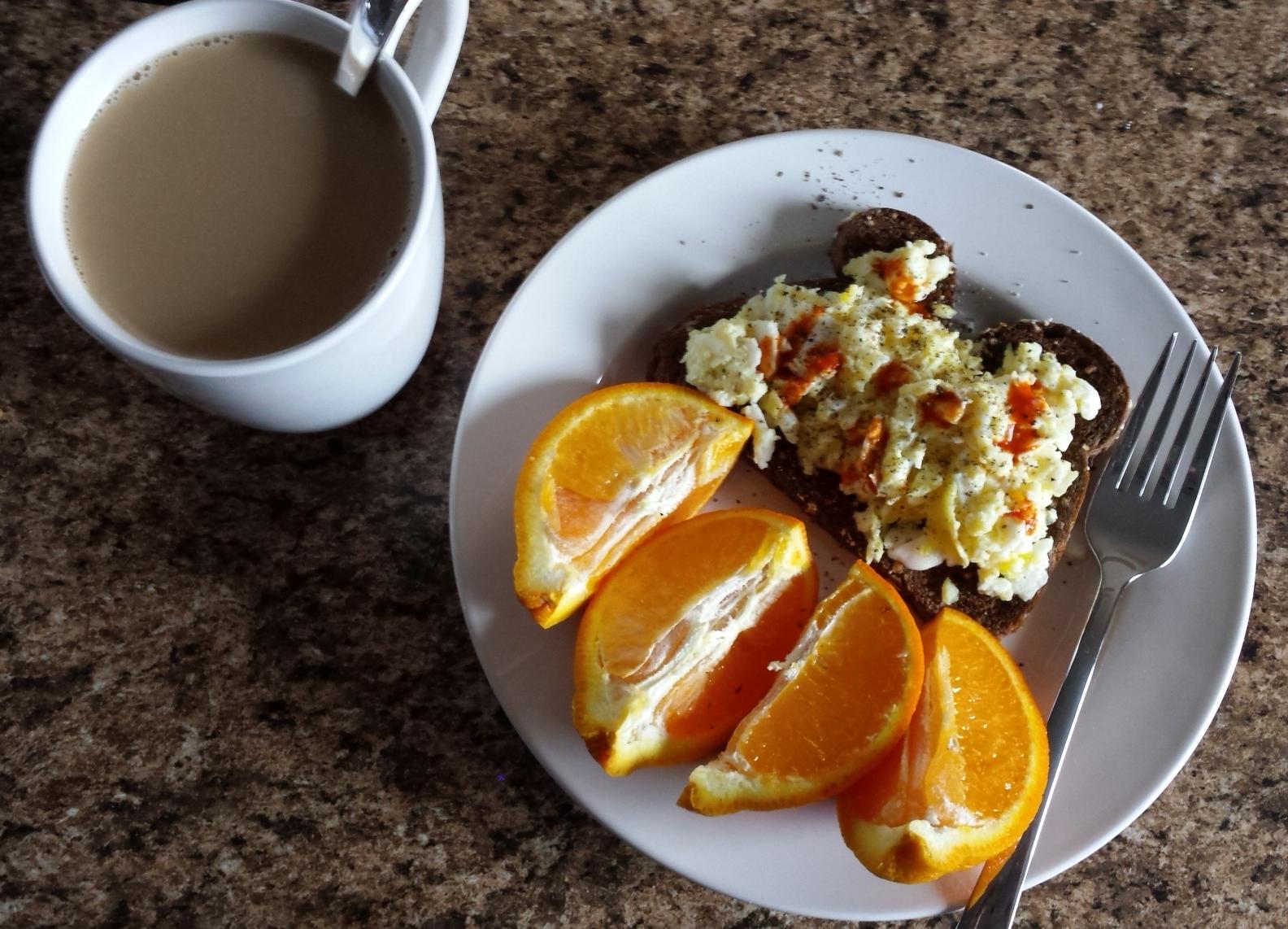 For breakfast the book suggested that I have three drinks with my egg and toast, but we don't really have enough cups to support that kind of drink habit, so instead I put the milk in my coffee, and had a tangerine instead of orange juice. I decided to switch things up and have scrambled eggs and Tapatio on my toast instead of poached egg this week. The egg is just scrambled in a hot pan, nothing added while cooking except salt, then finished on the toast with black pepper and the hot sauce. 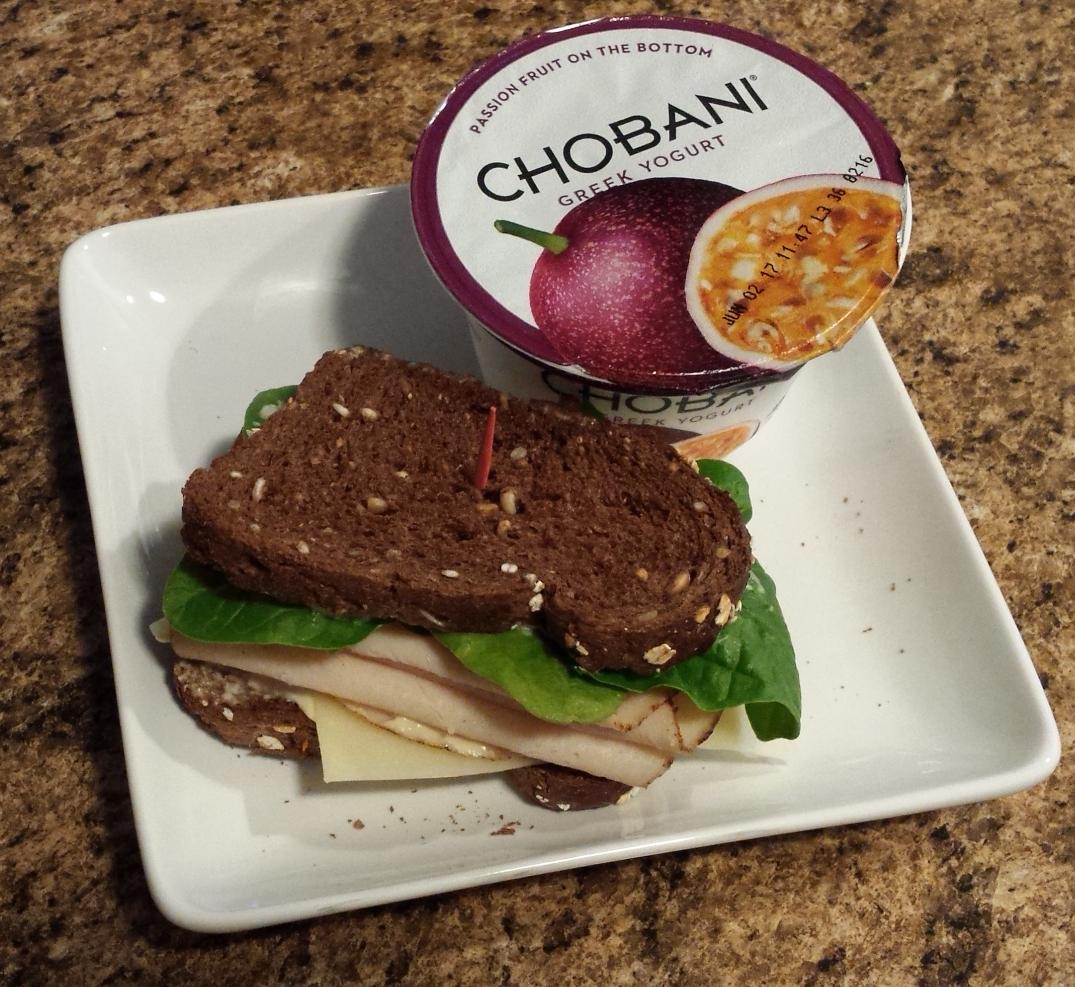 For lunch I'm having almost the same sandwich as last week except it's on dark bread and with baby spinach instead of arugula.

I typically considered the yogurt a snack I could have any time. This one had the most calories out of the ones I picked for this week, at 140 calories. 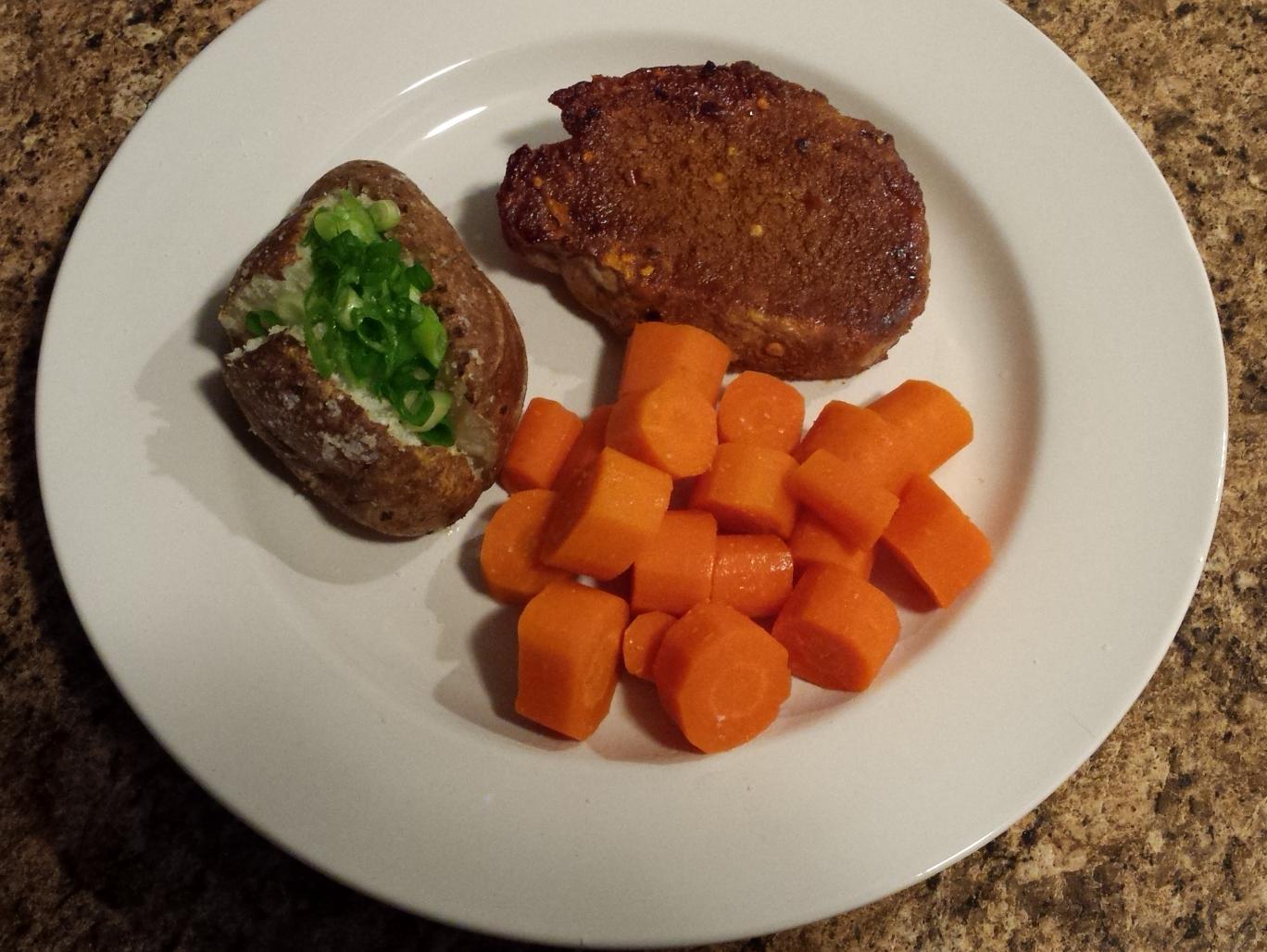 To make the potatoes, I scrubbed them under cold water, then rolled them in kosher salt and baked them on the top rack of the oven above the pork chops. On the potato is half a tb of butter and half of a chopped scallion.

The potatoes need to bake for an hour at 350 F, so I put them in the oven first, with the sheet pan I use for the pork on a lower rack to catch any drips. After 20 minutes I put the pork chops on a piece of foil onto the hot sheet pan.

The pan being hot from the oven helps the pork chops caramelize naturally without adding any oil. Flip the chops after 20 minutes, then remove them from the oven after 40 minutes, or when the internal temp hits at least 145 F. (I cook ours to 155 F.) Let them rest at least 5 minutes under a loose foil tent before serving. The carrots are simply steamed with salt.

Next week is my last week of the Domino menus. I couldn't find tongue for my lunch sandwiches, but I think I found something equally weird to share with you. Thanks for reading and see you next week!