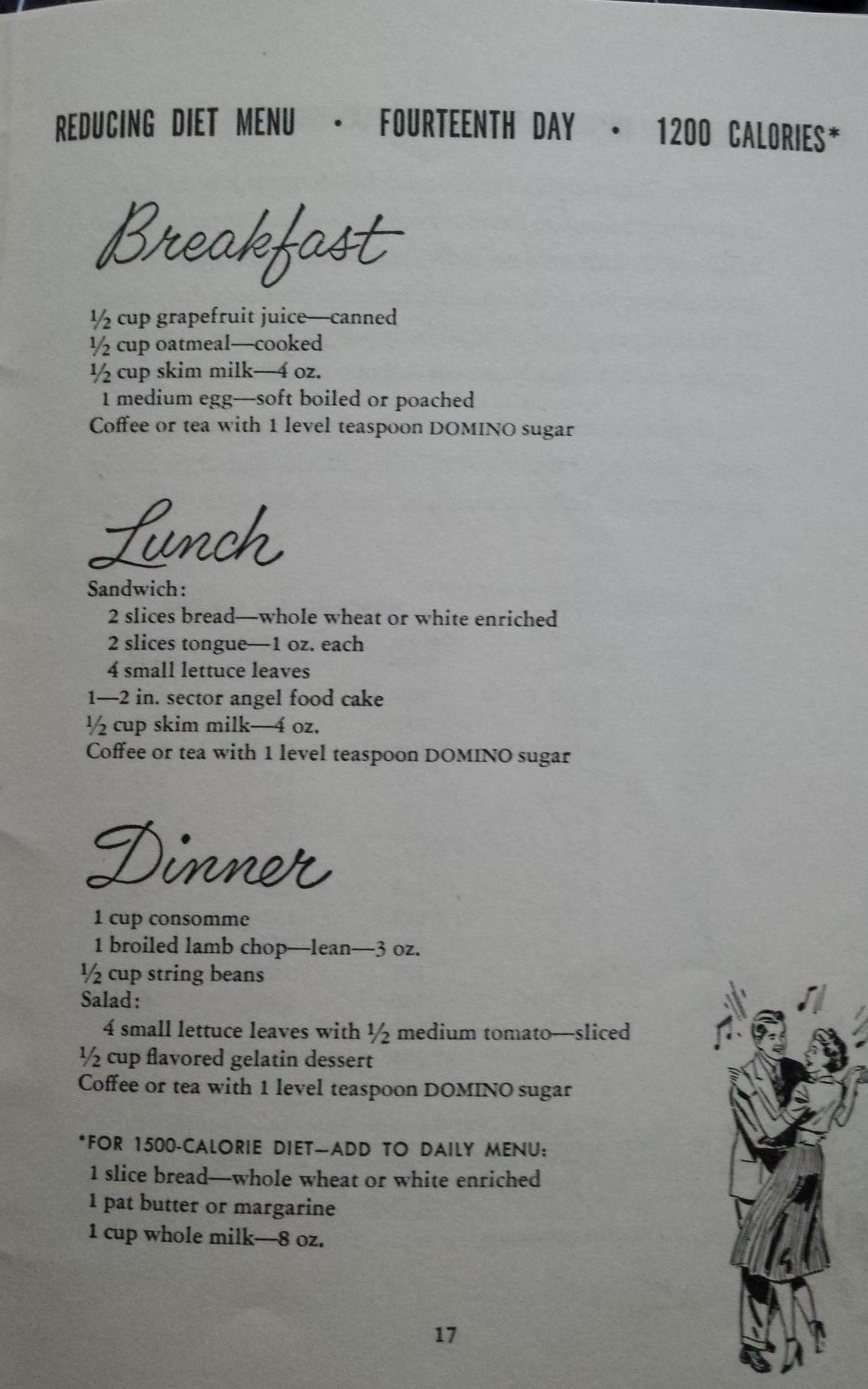 This week the only prep I did was to portion the protein for my special lunch, we'll get to that later though because I want to start with something tasty before something weird. 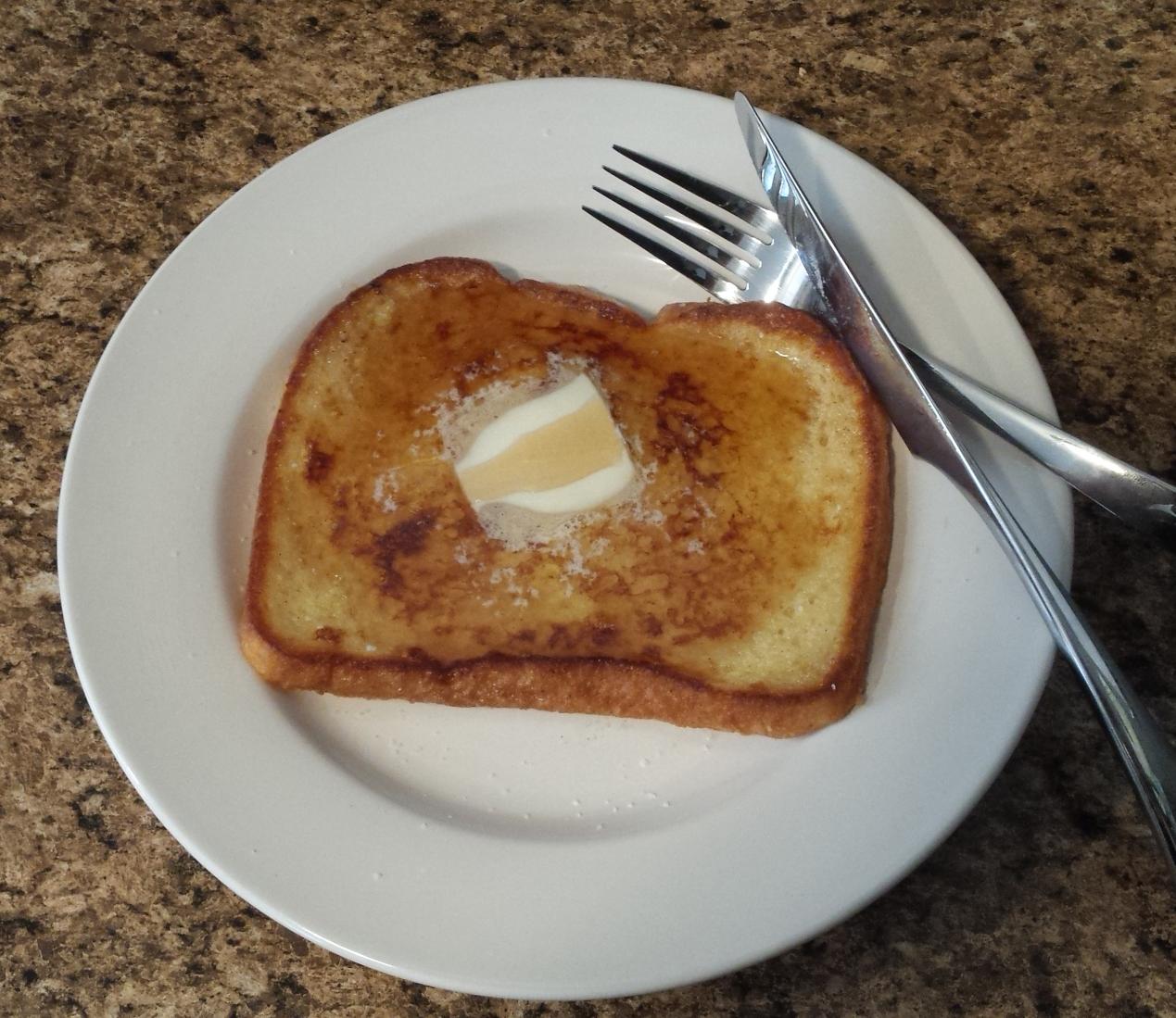 For breakfast, I couldn't find an oatmeal I liked so I figured I'd to try to come up with a new way to have an egg and toast... so I made french toast!

In a small bowl, I beat one egg with two tb of half & half, and a pinch of salt, then soaked a piece of bread in the mixture. I cooked it in a non-stick skillet (no extra oil) until one side was brown and then flipped it and cooked until the other side was done. It's served with half a tb of butter and one tb real maple syrup. 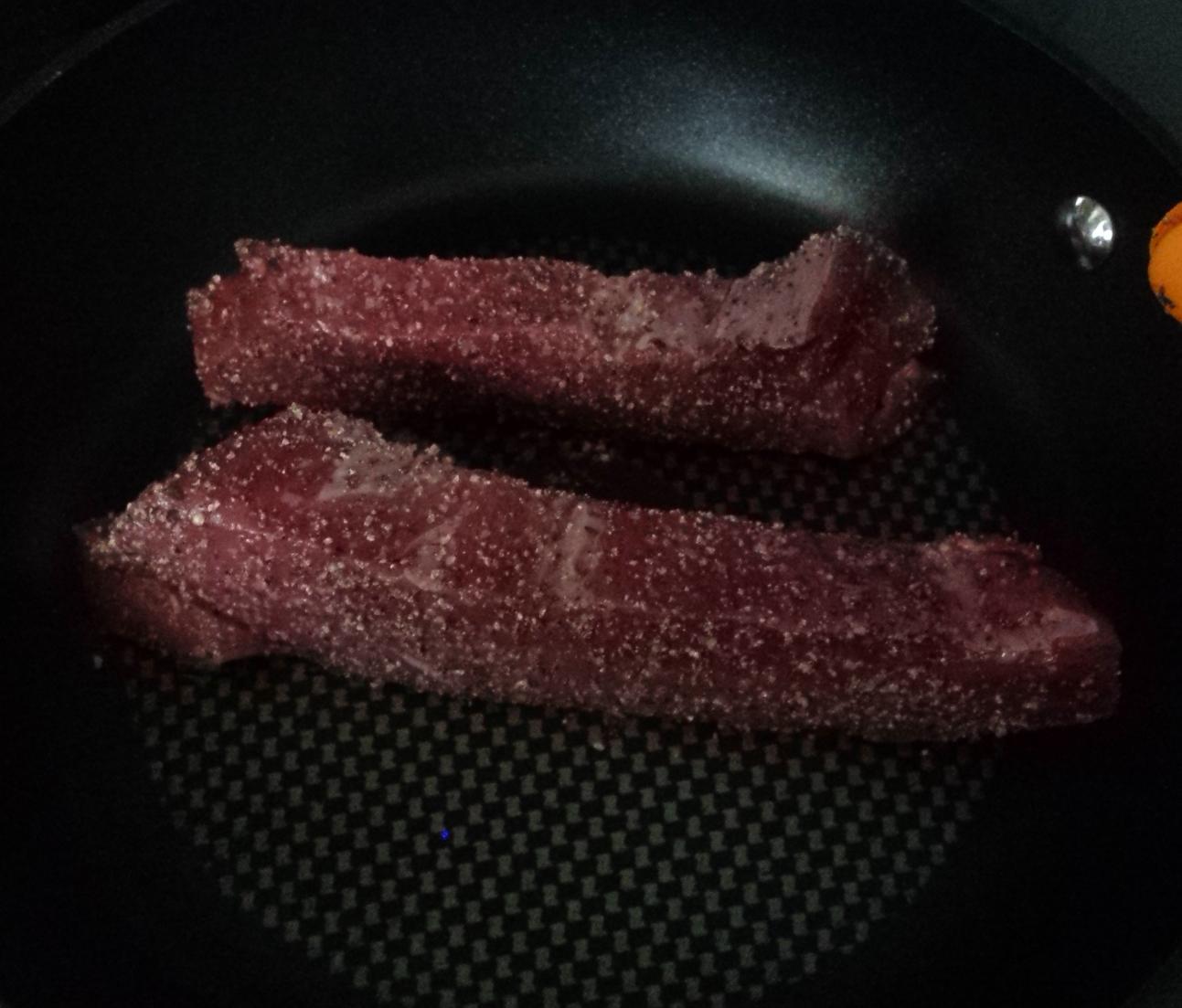 For lunch, I was supposed to have delicious tongue sandwiches, but I couldn't find tongue, so instead this is beef heart.

These are strips of beef heart seasoned with salt and pepper. Seared quickly in a non-stick skillet (about 2 minutes per side) and then sliced, it has a flavor somewhere between steak and liver, and a texture somewhere between steak and chicken gizzard. Closer to steak than to chicken gizzard, but that's the only thing I can think of that is similar. 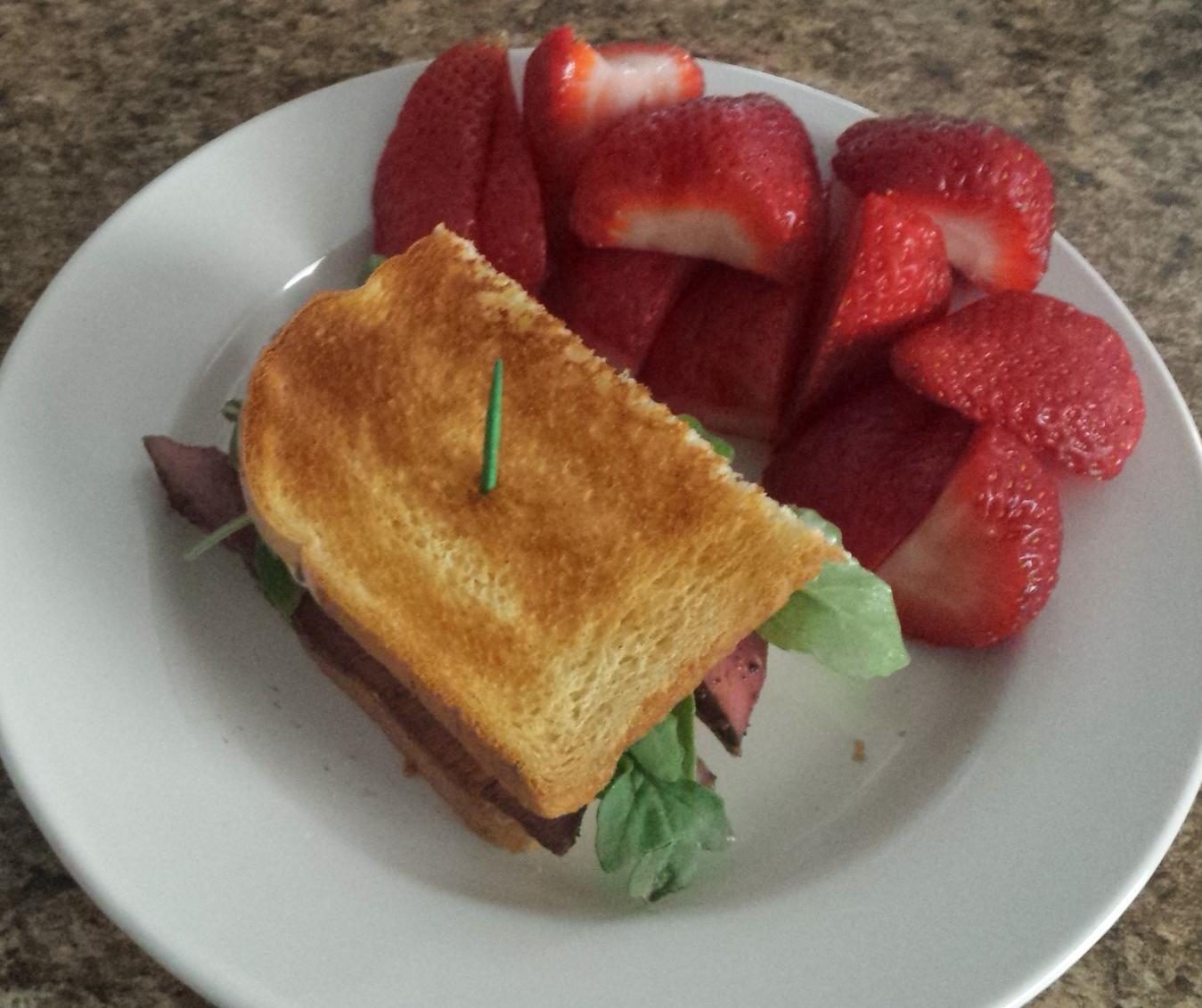 On a sandwich, it's wonderful. It's not chewy so as long as you slice across the grain it's easy to bite through the strips of beef heart, and it's very lean, high in protein, and fewer calories per serving than most of the store-bought lunch meats I've had over this whole project. One oz of beef heart is about 32 calories. My sandwiches use just under 2 oz each. 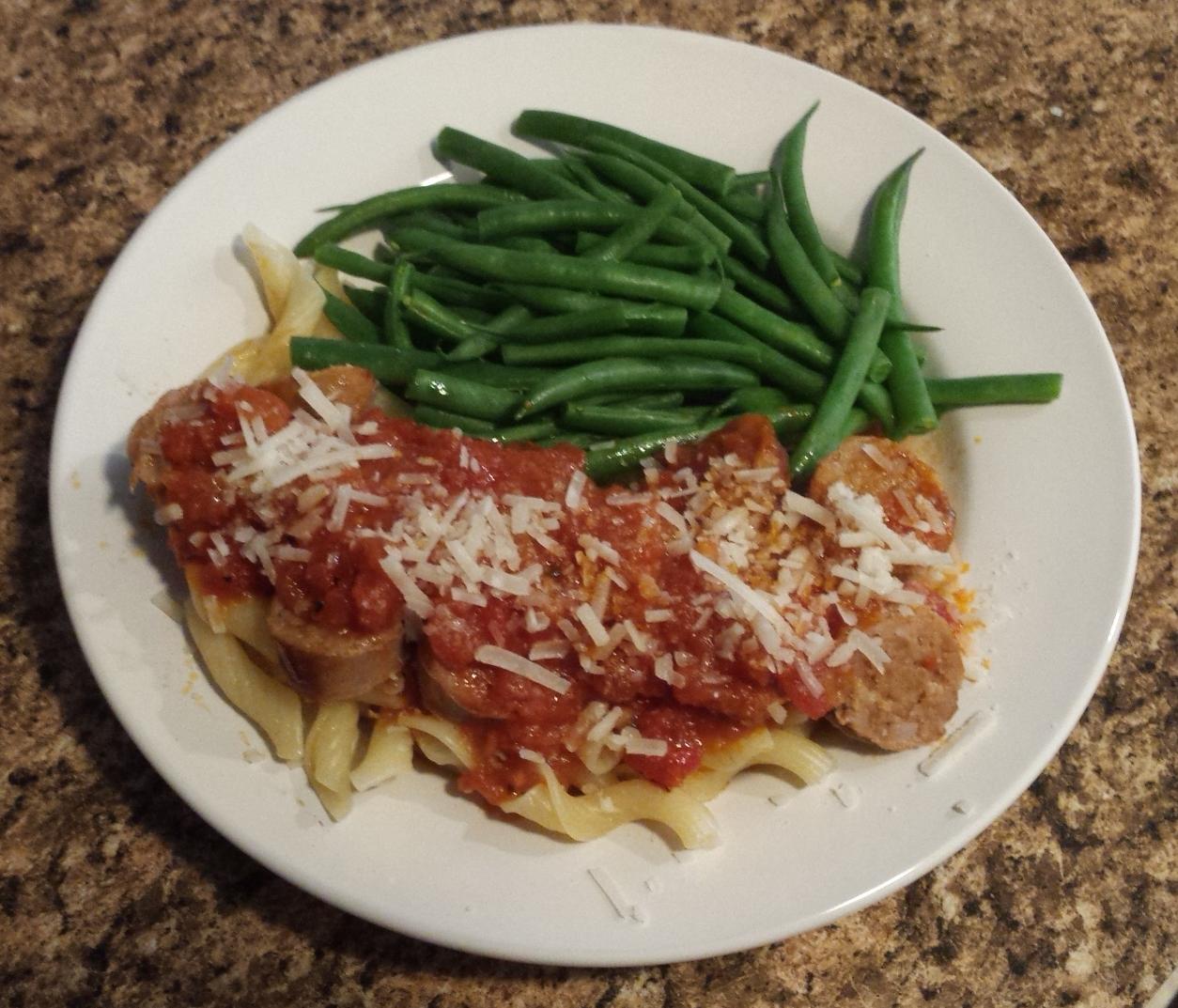 For dinner I really wanted to do lamb chops, since it's something we both enjoy eating, but I couldn't find enough rib racks of lamb at the store to make them all week. Instead, we had sausage pasta with green beans.

Well, that's it for the Domino menus. It's been so much fun sharing this project with you all! Thanks for reading!