All the Fallen Angels

Sometimes Goodwill totally hooks it up. I was hoping to replace these CDs eventually since I no longer had my digital copies and BAM there they were. Great condition -- I'm totally revisiting high school today. It's caused a definite improvement in my attitude this morning. Never figured I'd feel that way about 90s grunge/prog rock but I totally do.
I am poison crazy lush. I'm screaming daisies...
Posted by Unknown at 11:00 AM 2 comments:

Ugh. I have mountains of paperwork to move today and while I am strangely motivated to get shit done, I am not at all interested in actually doing any of it. Also, dealing with idiots about bills and my missing RAM yesterday has pretty much clouded over my week and I feel like I'd rather stab myself in the face with my staple remover than speak to another human on the phone. Did I mention I have a fistful of billing nag calls to make this afternoon? GRAND.
Posted by Unknown at 1:11 PM 2 comments: 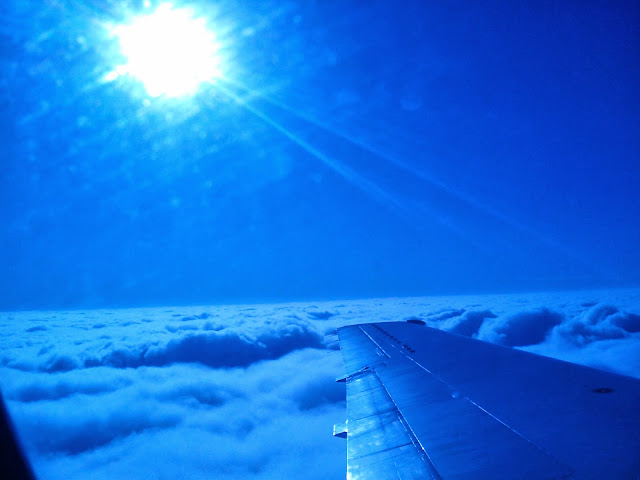 Seas of clouds are therapy.
Posted by Unknown at 10:51 AM 2 comments:

So I'm sure that those of you who actually read this from time to time may have noticed that I started copying my myspace blogs over here from days gone by. I'd rather have everything in one place so that the death of myspace can continue without me stressing about my hilarious memories dying with it. With that said, I feel like while I'm here I owe a few of you some things you've waited patiently for, some of you for far too long. I'm in no mood to attempt to search my archives for photos that are owed, but I promise to be more diligent about adding new stuff here, and I also promise to try harder to make Norby cooperate. (First generation phones, go figure. He can upload pictures, but not text. I am completely dissatisfied with anything other than exactly what I want. We'll keep working toward a compromise.)

So without further ado, I'd like to present... an actual rambling... by me... late at night (okay not that late) when I'm supposed to be asleep already.

There have been so many things bothering me recently. I've been internalizing most of it, but those of you familiar with that process know it's not always so easy. I decided the other day after a bit of prodding that there was no good reason for me to keep up with the bottling, opened a floodgate, and I actually feel ENTIRELY better about at least one challenge I was facing.

That's pretty rare. I don't usually feel such a stark sense of closure. I like it.
_____

I wonder how many of you have played that game Persona 3. I haven't personally played it but it introduced a concept that, in my head, applies directly to life. I'm still surprised that it was found in a video game. The main character has powers, and these powers are strengthened individually by the people that he interacts with. Social interactions strengthen or weaken him, depending on the quality of the bond he has with the associated party to any given power. (I hope I'm explaining this so that anybody understands what the hell I mean.) The reason I bring this up is because I feel like this is VERY true to life, and I've been handed some fine examples to remind me of this recently. My direct interactions with my chosen few have a huge influence over my abilities and strengths as a person.

To those of you who are my chosen few, have been my chosen few in the past, and will be my chosen few again in the future, thank you from the bottom of my icy little heart. Even if I have been well out of contact for a long time, I haven't forgotten what you mean to me and the contributions you've made to help me be the person I am to day.

To those of you who have recently been tossed to me as fine examples, thank you in advance for all that you do to inspire and improve me as a human.

I look forward to expanding my horizons.
_____

On a totally unrelated note, I've been attracting a broad range of things lately. Mostly in a positive way. Some of my issues with my social life are slowly starting to resolve themselves, and I'm getting a picture of the next road I may travel, and who might be by my side as I do so. I can't say that the spontaneous "fuck-it-all" attitude hasn't been taunting me lately either. Sometimes I feel like a cashed paycheck in my hand and a sack of clothes on my back might be all I need to handle my next road. Other times I'm completely terrified by the fact that such an irresponsible thought had the chance to enter my head.

Does everyone experience the kind of internal turmoil and tug-of-war that I do? For your sakes, I hope not.
_____